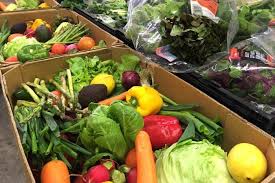 As a chef or restaurant owner managing food waste is a top priority, and despite our best efforts it is sometimes unavoidable.

Even after employing basic food management steps like taking daily inventory and managing the menu to reduce the diversity of ingredients needed, it is inevitable that wastage will occur at some point.

Are there any viable options to deal with this wastage?

The good news is that Australia’s food waste problem is being confronted head on by an ever growing number of food rescue charities – organisations who collect excess food from businesses and redistribute it to charities that support Australians who are doing it tough.

This small sector is seeing massive growth, which looks to tackle and reduce the 1 million tonnes of food waste that is sent to landfill by Australian businesses each year.

There are numerous food rescue charities operational in Perth, check out this short guide.

Many of these charities also rely and depend upon the support of their volunteers. If you’re looking to get involved and play a practical role in the fight against food waste, check out their websites.

OzHarvest
OzHarvest collects quality excess food from commercial outlets and delivers it directly to more than 1300 charities supporting people in need across the country.  OzHarvest operates nationally, rescuing over 180 tonnes of food each week from over 3,500 food donors including supermarkets, hotels, airports, wholesalers, farmers, corporate events, catering companies, shopping centres, delis, cafes, restaurants, film and TV shoots and boardrooms.  One phonecall to OzHarvest is all it takes to donate excess fresh produce.

Foodbank WA
Foodbank is the largest hunger relief organisation in Australia, fighting hunger in Western Australia since 1994 – redistributing enough food for 6.1 million meals to food to over 470 welfare agencies. Dealing in shelf stable, chilled and frozen food – primarily in palletised form – they largely receive food to their warehouses, where it’s collected by over 2,500 charities around the country.

Uniting Care West
The Food Rescue Cargo Cart project is a Perth based initiative, where food such as sandwiches, wraps and rolls is collected from city cafes daily and re-distributed to people experiencing homelessness across our city.